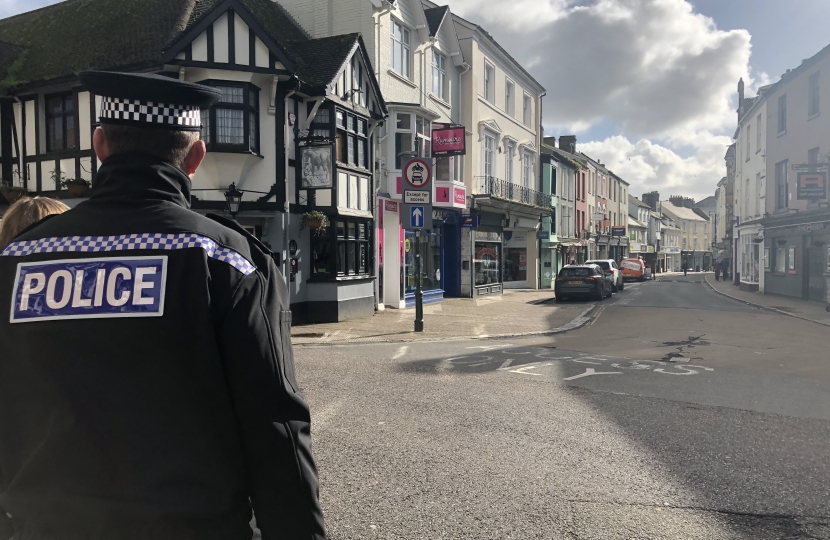 Since I became elected all people ask for is more police on the streets.

I made this a priority in the first budget that I set in 2017 and have been recruiting more police officers ever since.

Both through your Council Tax and via the government in general taxation we have will have been able to recruit 317 more police officers. That's 176 from Council Tax and 141 from the Prime Minister's 20,000 Officer uplift.

There's more to come too as we await the further uplift allocations from government.

Some of the teams that have expanded so far because of this are:

- doubled the size of the roads policing team

- a Neighbourhood Beat Officer for every police sector

I want to see even more go into our neighbourhoods so that they are more visible to you.

We have also been successful in attracting funding from the government from their Safer Streets Fund. Over £500k to tackle burglary and acquisitive crime for the area of North Stonehouse in Plymouth. This has only just started and my office is working hard to deliver this project by the end of the financial year. It means more street lights, CCTV and even wardens for a community that needs supporting. We have the number one lowest burglary rate in the country, however, we still have burglaries.  We aim to disrupt crime wherever it arises and focus on preventing it in the first place.

One way that we can all help is by joining Neighbourhood Watch and keeping ourselves informed about crime prevention.