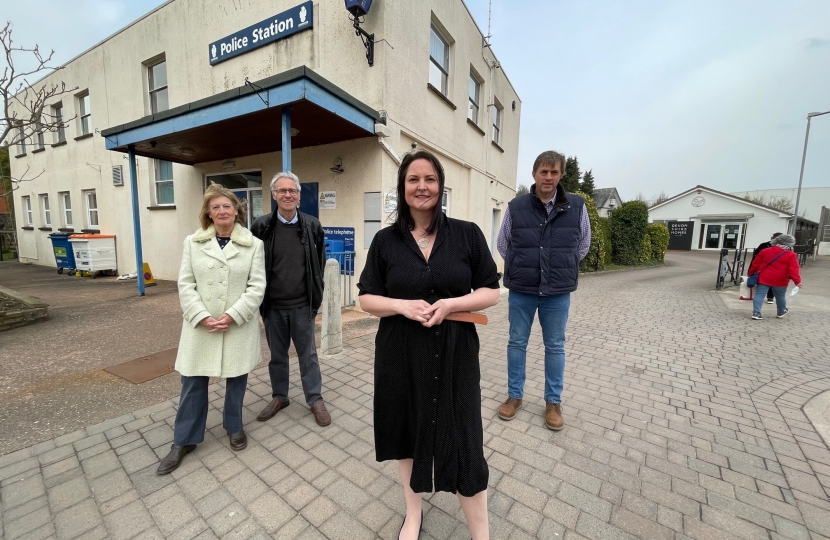 Many police station front desks closed before I took office in May 2016 due to a decline in footfall. I have since re-opened Newquay and have plans to re-open Tiverton, Falmouth, Penzance and Newton Abbot later this year in 2022. With more expected the following year.

I believe now is the time with the biggest investment in over a decade in policing to improve access to the police and re-open those that will be used.

We have all paid more in our council tax and received an uplift from the commitment from the Prime Minister of 20,000 extra police officers. For Devon, Cornwall and the Isles of Scilly this equates to 498 extra. Many are in training now (it takes 3 years) but we will secure a record number of police officers by the end of March 2023 to 3610. More that pre-austerity and the highest ever recorded in the force's history.